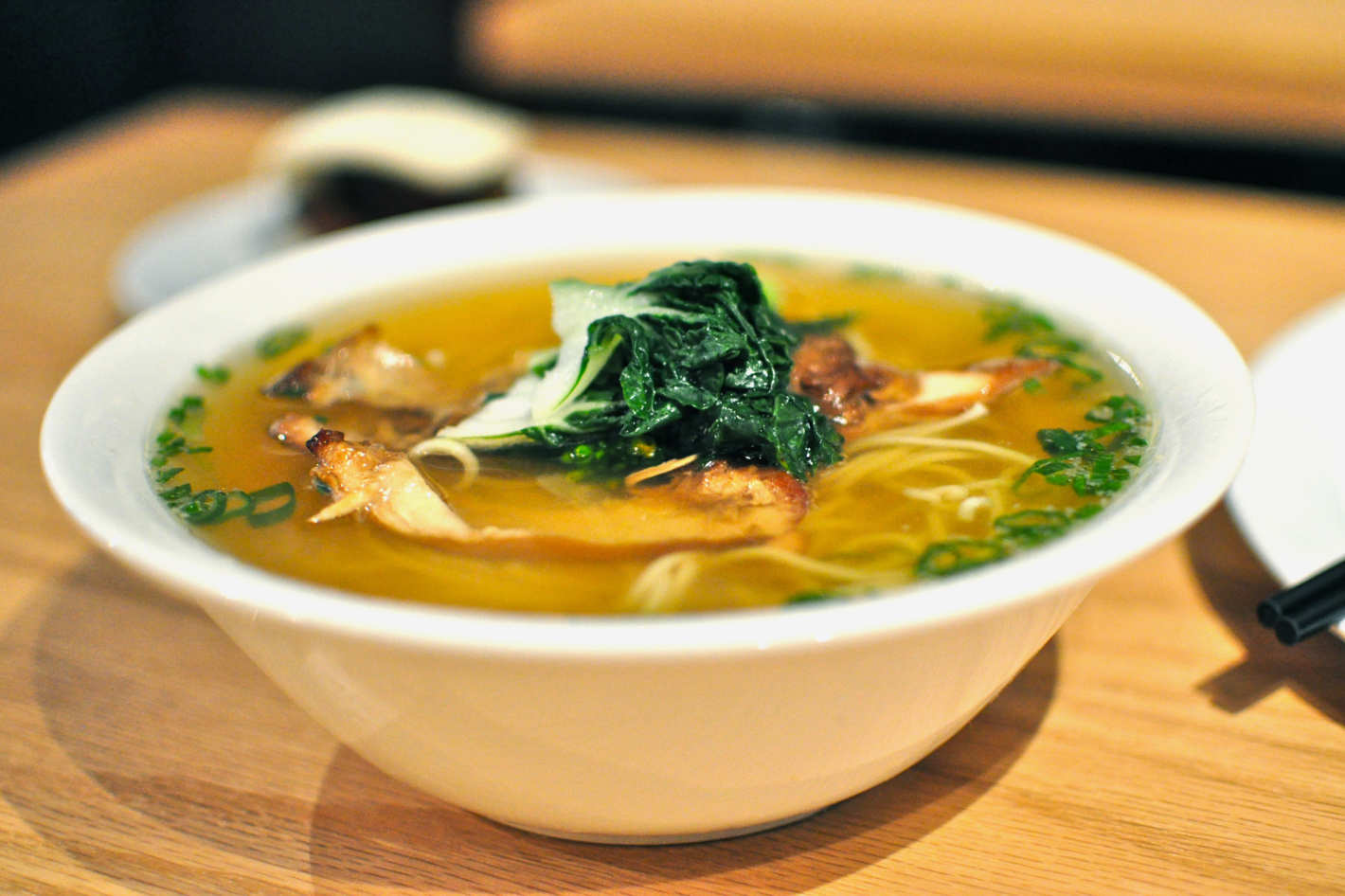 Williamsburg, Brooklyn is not only a great place for thrift shopping, but it also has a fantastic atmosphere that attracts visitors from the other side of the pond. But perhaps the most attractive aspect of Williamsburg is the small restaurants scattered all over the city, one of the restaurants that stand out is Brooklyn Wok Shop.

Edric Har, the chef, and operator of Brooklyn Wok Shop in Williamsburg recalls that the reverberation of the dot-com bubble steered him towards the chef’s whites and clogs, leaving behind his corporate job nearly a decade ago.

After shifting between Cru, Veritas, Le Bernardin, and as a private chef, Har, and his significant other, Melissa, wanted to “create something more personal” and they conceived their restaurant.

Simply, that’s how Brooklyn Wok Shop, a concept inspired by night-time Chinese-food yearning, came into being. It fulfilled a desire for Asian food lovers in North Williamsburg neighborhood.

Since healthy diet and takeout are, mostly, mutually exclusive, the couple started to approach their menu with a fresh mind, incorporating hormone- and antibiotic-free meats, in addition to stocks and sauces based on real bones and scratch, instead of powders and bases.

The result are a finely-tuned menu of snacks (wings and buns), soups (wonton, short ribs), and Cantonese classics such as General Tso’s and orange beef, all made using hale and hearty ingredients.

It is a blend of tradition and creativity: Melissa comes from a family of Chinese restaurants owners in Orlando; her family even traveled to New York to help out with getting Brooklyn Wok Shop on its feet. Edric, grew up downtown, stews chicken for the noodle soup in soy sauce, a secret ingredient, his mother, trained him when he was young, and the egg noodles are prepared at the restaurant. Instead of actual woks, Har favors Auguste Escoffier inspired black steel sauté pans, and other French cuisine niceties, such as the flaky, fluted crust used for Har’s rendition of Chinese egg custard.

Some Background on Brooklyn Wok

Without a shadow of a doubt, Brooklyn Wok has an extensive collection of bowls.

Pure joy can be had here, you’ll immediately notice the authenticity once you step in, and your dream of non-greasy, MSG-free Chinese food has become a reality. You won’t leave this place with a shred of regret, burning sensations, or a feeling of anxiety. Do you have other dreams?

The service is magnificent; the staff is helpful, the premises are always kept impeccably clean by their top notch cleaning staff, the food is nothing short of amazing. You can place your order with ease, whether from home or on the spot we will serve you the best. Bring your friends and family to savor real Chinese food; they will thank you. What more is there to ask for?

Definitely, this is a place that is right to the soul of Brooklyn. Down-to-earth, hilarious, and magical all the way. It has already been mentioned above, don’t make us repeat it, come aboard and enjoy real Chinese food with a French touch.

A last word of advice: When it comes to Chinese food, you want to pick a trusted restaurant that understand you, and there’s no better choice than Brooklyn Wok Shop (aside from those found in Chicago, I suppose…check out the map). It is really not hard to find organic, wholesome, thoughtful, and tasty Chinese food in New York, only if you know where to look.

Given that it offers the best dishes in town, you won’t find it packed with people. However, you need to visit it at least once in your life. If you like beer, it cheap there, too, only $3 a glass. Here are some of the dishes you should absolutely not miss:

And, you don’t have to go to Chinatown, just come and eat here. You won’t regret it.

At Brooklyn Wok Shop, we serve dim sum all day, so if you are looking for a quick brunch, stop by because we got you covered. Aside, the clientele comes from every walk of life, including Asians who love to come back every time and enjoy the food.

Edric and Melissa use real, not processed meat. As noted above, Edric has experience in cooking Chinese food as he worked at NYC finest Chinese restaurants. The food there just earned the respect of the patrons and received tons of positive reviews on Yelp, as well as online and offline magazines.

Remember, if you want low quality, greasy food, and if you don’t care if the ingredients came from leftovers of animals, you are welcome to call your local corner Chinese restaurant. You might find a $5 combo with a cheap orange juice. However, would Chinese food with a French touch taste, then come aboard!

Brooklyn Wok Shop only use fresh ingredients and provide a clean and hip environment where the awkwardness element is nonexistent. It is the place to be.